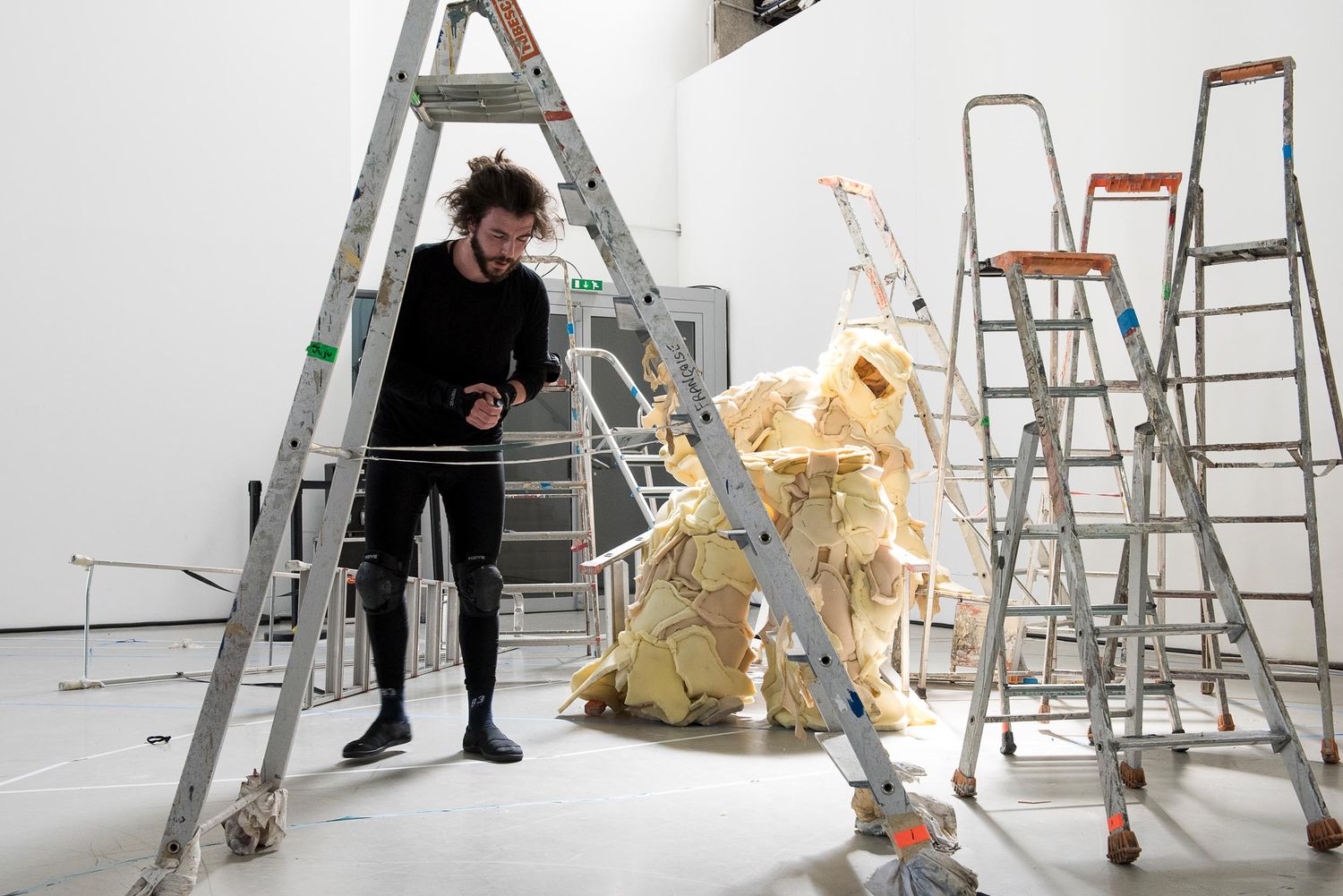 Jacopo Belloni lives and works in Milan and Rome. He studied at Brera Academy of Fine Arts, University of Milan, with a specialization in art history and critical studies. His research focuses on the idea of wearable sculpture, and sculpture as an obstacle and trigger for action. In his practice different media and languages – sound, performance, video, installation – are linked to create a collective rite, with objects often being modified or destroyed during the process of performance.

Jacopo held artist residencies at Dena Foundation for Contemporary Art (Paris), Fixer (Lecce, IT) and Inteatro Summer School (Ancona, IT). Last year he presented his performances and works at Do D!sturb Festival (Palais de Tokyo, FR) where he performed alongside Musarc and many other artists, Galerie Papillon in Paris (FR), and Localedue in Bologna (IT).