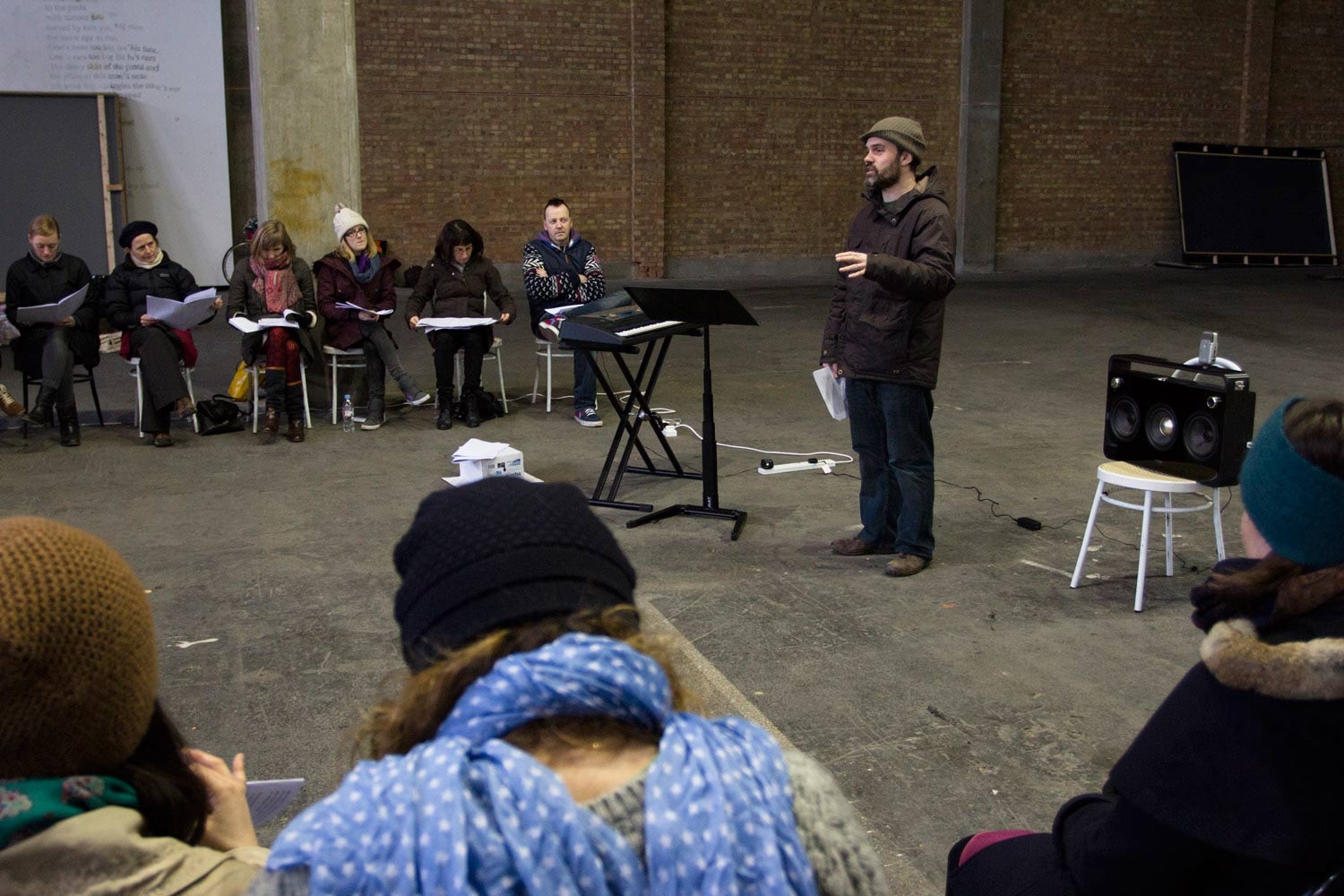 Clay Gold is an artist, audio engineer and compulsive field recordist. Using location sound recording, synthesis, foley, worldizing and poetry in a collage process, he creates multi-channel soundscapes which are both musical and cinematic. Clay’s work has been featured in film, installation and performance collaborations, as well as solo audio releases. He has written a book entitled Operation of a Complex Fuzzbox, and several libretti, including BIAS for the choir MUSARC, and a spoken word piece, The Future Born for the film Death à Gogo by Filmgruppe Chaos. In 2013 the installation The Opposite of Wilderness was included in GV Art’s Noise and Whispers exhibition of sound art in London; and a trilogy of musical pieces, concrete and otherwise, has been released by Parisian netlabel Threelegs Duck since 2011. Clay is an occasional bassist with David Toop’s Unknown Devices improvisation group, a regular re-mixer for the Nonclassical record label, and he likes nothing better than a good collaboration.